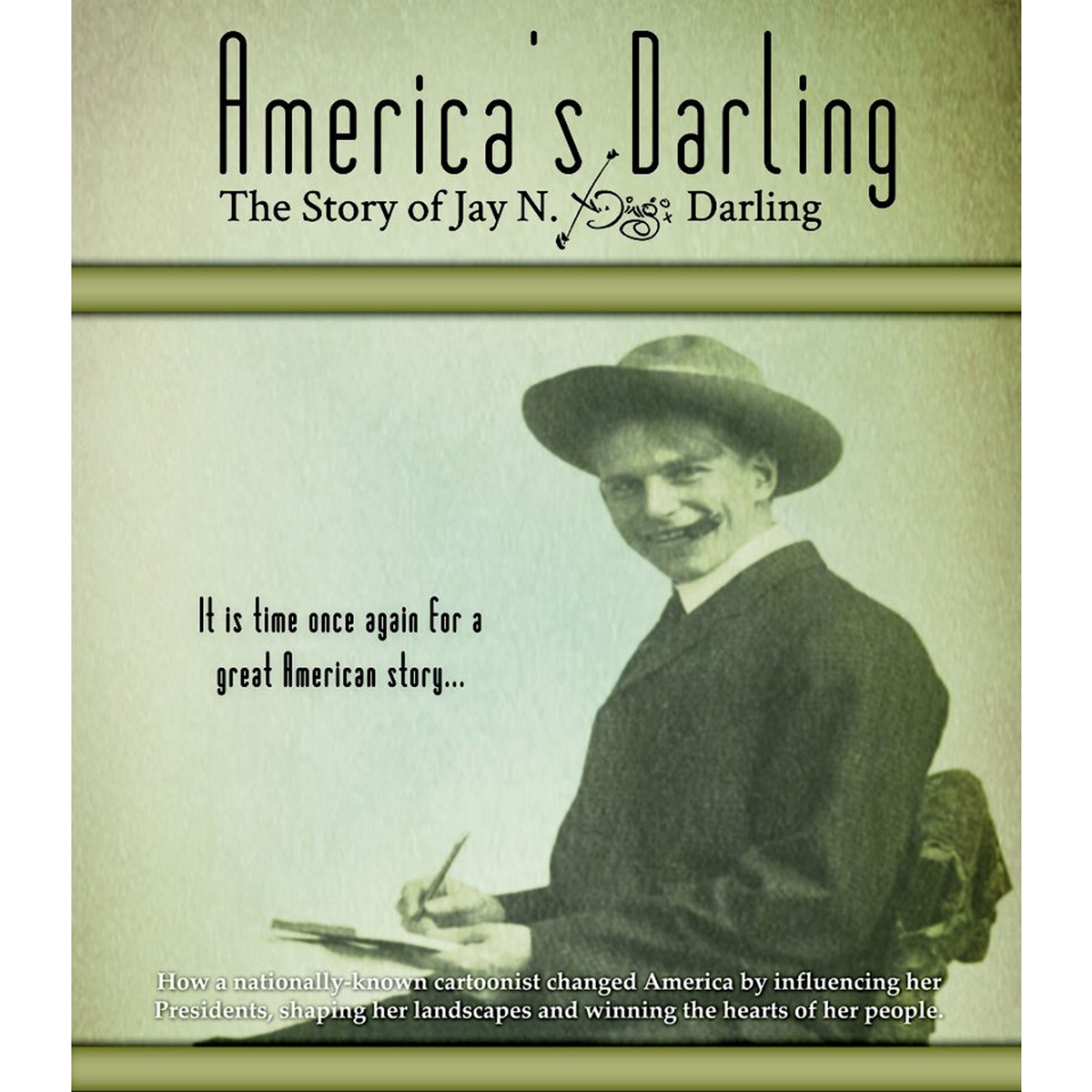 drag to zoom
Choose a size or option:
Sorry! This product is not currently available for purchase. Add it to your wish list and get it when it is available!
Read Reviews Write a Review
America's Darling - The Story of Jay N. “Ding” Darling “Ding” Darling (1876-1962) has been called “the best friend a duck ever had.” Darling, for whom the Jay N. “Ding” Darling National Wildlife Refuge is named on the West Coast of Florida, was the head of what became the U.S. Fish and Wildlife Service, the originator of the National Duck Stamp, and the architect of the national system of wildlife refuges.
This great American story is now available on video. The well-known cartoonist for the Des Moines Register produced more than 16,000 cartoons over 50 years. His most lasting contribution is that of a pioneering conservationist, advocating the wise use of our natural resources.
A documentary film produced by Samuel Koltinsky traces “Ding's” path from sketchbooks to Pulitzer Prize-winning newspaper cartoonist to founder of the National Wildlife Federation and father of the U.S. Fish and Wildlife Service. The show is a must see for all age groups! Join host Chris Steffen as he explores his great-great grandfather's life and legacy in this tribute to a modern-day Renaissance man.

Made in the USA. Director's cut version; run-time approximately 75 minutes.